Consequent upon the recent end of the year charge and briefing, by the Commandant General (CG), Nigeria Security and Civil Defence Corps ( NSCDC), CG Ahmed Abubakar Audi Phd mni, at the NSCDC, National Head Quarters(NHQ) Abuja, which ended on Wednesday, 22nd December, 2021, the Commandant, Nigeria Security and Civil Defence Corps, Lagos State Command, Commandant Eweka Edenabu Douglas Okoro Msc ACMA CNA, upon returning to the command doubled the efforts of his men towards ensuring a zero tolerance against oil pipeline vandalism and other form of criminalities in Lagos state.

Following this renewed alertness, the marine and anti – vandal team, of the Command, who were on routine surveillance and patrol, today, Friday, 24th December, 2021, midnight at about 02:00hrs intercepted some suspected vandals who were engaging in what was suspected to be an organised cross – border smuggling activity of petroleum products from Nigeria to Benin Republic on the high sea, at the Oniru beach, of Lagos state.

The Commandant has immediately ordered the Intelligence department of the command to commence adequate investigation on the matter and the anti – vandal unit of the Command to immediately commence the evacuation of the suspected products and the recovered items back to the Lagos State Command, Head Quarters, in Alausa, Ikeja, Lagos, in a bid, to carry out further intelligent investigation on the matter and find a lasting solution to such ugly economic sabotage in the area.

The Commandant was also accompanied to the crime scene by Deputy Commandant Ayo Agoro in charge of Special Duties and ASCI Abolurin Oluwaseun Olumide, Public Relations Officer of the command.

The Commandant, Commandant Eweka Okoro has also directed that the security of lives and property and the protection of oil pipelines at the Oniru axis and other areas in the state be beefed up immediately, especially during the end of the year season like this, where some people may want to exhibit their desperation for illicit money at all cost, against the patriotic and collective development of the nation’s economy.

The Commandant said that the Nigerian National Petroleum Corporation ( NNPC ) office in the state has also been contacted for proper evacuation of the products because of the highly inflammable nature of it. 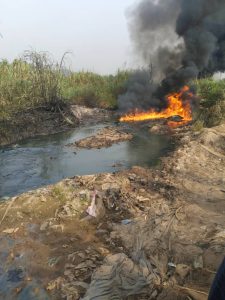 Commandant Eweka Okoro seized the occasion of this excellent and gallant operation, to further reiterate the Command’s readiness and commitment to ensuring a zero tolerance against oil pipeline vandalism and other form of criminalities in the state. He further assured the good people of Lagos and the Government of Lagos State of his unflinching commitment and dedication towards sustaining the already established peace and security in the state. He promised that the Corps will continue to work assiduously and laboriously, with the Government and other security services or agencies and stakeholders in the state, to further proffer solutions to any form of security challenges that may want to raise their ugly heads, especially in the yuletide seasons as it were. 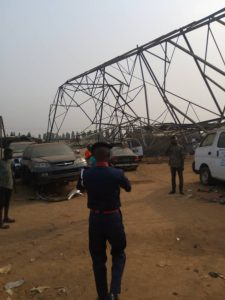 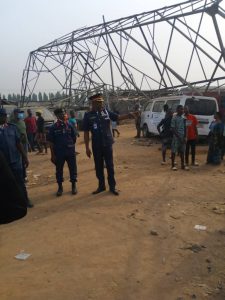